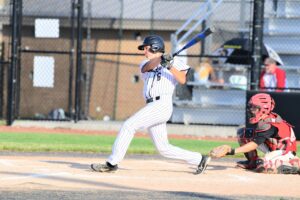 Senior outfielder Gabriel Monosmith has helped the Ankeny Centennial baseball team to an 18-15 record. Monosmith is batting .313 with one home run, seven doubles and 20 RBIs. He has struck out only five times in 83 at-bats. Here is some inside info on Monosmith: Have you been happy with your season thus far? That’s a tough question. Honestly, I … END_OF_DOCUMENT_TOKEN_TO_BE_REPLACED 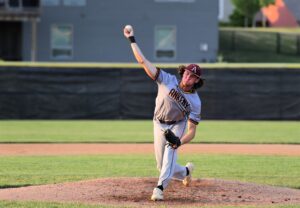 Brody Brecht and the Ankeny baseball team are on a roll. That's a scary thought for the rest of Class 4A. Brecht tossed a two-hitter and had 13 strikeouts as the eighth-ranked Hawks posted a 7-0 victory to complete a sweep of Wednesday's CIML Iowa Conference doubleheader at Ankeny Centennial. Ankeny also won the opener, 4-2. "We had a tough opening … END_OF_DOCUMENT_TOKEN_TO_BE_REPLACED 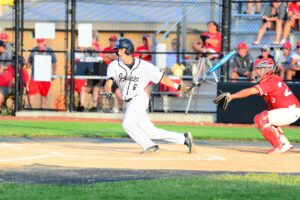 Two more members of the Ankeny Centennial baseball team have made their college plans. Senior pitcher Trey Hansen has committed to play for Morningside College. Senior outfielder Gabriel Monosmith is headed to Iowa Lakes Community College. "It was a tough decision," said Monosmith. "COVID-19 and the NCAA decisions made my search challenging. I did … END_OF_DOCUMENT_TOKEN_TO_BE_REPLACED 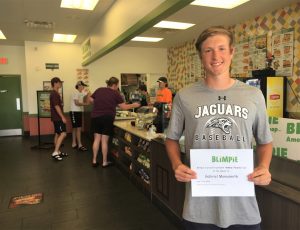 Gabriel Monosmith is a member of the Ankeny Centennial baseball team. The sophomore catcher has helped the seventh-ranked Jaguars to a 22-9 record. He has played in 17 games, including nine starts, and is batting .226 with four doubles and 11 RBIs. "Gabe has really developed this season both as a catcher and as a hitter," said Centennial coach Mark … END_OF_DOCUMENT_TOKEN_TO_BE_REPLACED