For the last two seasons, Greg Anderberg played baseball for the Colonials of George Washington University. Now, the former Ankeny standout will be a Colonel. Anderberg, a senior catcher, has transferred to Nicholls State University in Thibodaux, La., for his final season. He was granted another year of eligibility after the NCAA cancelled the 2020 … END_OF_DOCUMENT_TOKEN_TO_BE_REPLACED 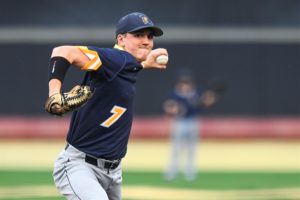 Greg Anderberg wears No. 7 on his George Washington University baseball uniform. His former Ankeny teammate, Jack Voigt, wears the same number for his squad at the University of North Carolina Greensboro. That isn't the only thing that the duo has in common. Both Anderberg and Voigt played two seasons of junior college baseball before moving on to … END_OF_DOCUMENT_TOKEN_TO_BE_REPLACED 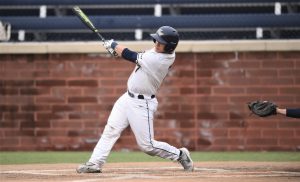 Among the new faces on the George Washington baseball squad is a former Ankeny catcher who has helped the Colonials become one of the top offensive teams in the nation. Junior Greg Anderberg is in his first season at George Washington after transferring from Ellsworth (Iowa) Community College. He has played in 10 of the first 11 games with nine starts, … END_OF_DOCUMENT_TOKEN_TO_BE_REPLACED