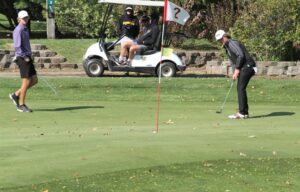 The Ankeny and Ankeny Centennial boys' golf teams are both headed to the Class 4A state meet later this week. Both squads placed second in their respective district meets on Monday in similar fashion. The second-ranked Hawks and No. 6 Jaguars both tied for first place, but lost a tiebreaker for the district crown. This marks the first time that Ankeny … END_OF_DOCUMENT_TOKEN_TO_BE_REPLACED 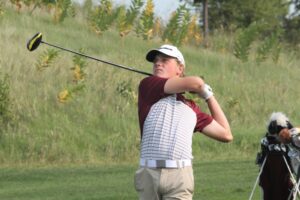 Golfers Dylan Taylor of Ankeny and Jonathan Saddoris of Ankeny Centennial are both enjoying standout senior seasons for their respective teams and will play in a Class 4A district meet on Monday. Taylor carded a 78 to place seventh in the CIML Iowa Conference meet on Tuesday at Highland Park Golf Course in Mason City. He helped the undefeated and … END_OF_DOCUMENT_TOKEN_TO_BE_REPLACED 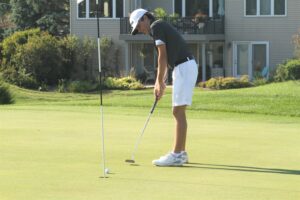 Earlier this month, the Ankeny Centennial boys' golf team struggled to a 329 total in the Ames Quadrangular at Veenker Golf Course. On Tuesday, the sixth-ranked Jaguars played the same course with much better results. Centennial shot a 306 to win the Turk Bowman Invitational over four other teams. Indianola was the runner-up with a 324. "The boys … END_OF_DOCUMENT_TOKEN_TO_BE_REPLACED