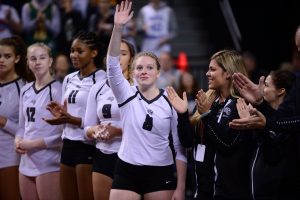 Senior setter Riley Morgan helped the Ankeny Centennial volleyball team to its fourth state championship in five years last week at the U.S. Cellular Center in Cedar Rapids. She dished out 34 assists as the second-ranked Jaguars swept No. 1 Cedar Falls in the Class 5A title match on Friday. Morgan finished her career with more than 1,000 assists, … END_OF_DOCUMENT_TOKEN_TO_BE_REPLACED 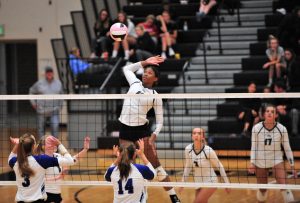 If the Ankeny Centennial volleyball team goes on to win the Class 5A state title, none of the Jaguars will care about Monday's loss to Omaha (Neb.) Marian. Centennial coach Jessica Rinehart certainly won't. She scheduled the match because she wanted to challenge her players before the start of tournament play. "We wanted to see if there were things we … END_OF_DOCUMENT_TOKEN_TO_BE_REPLACED 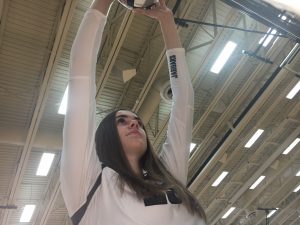 Kenna Sauer wasn't herself on the volleyball court last year. After breaking her foot early in the season, the Ankeny Centennial outside hitter tried to come back later, but she didn't resemble the player who was named the captain of the Class 5A all-tournament team as a sophomore. She had just 105 kills as the Jaguars reached the Class 5A semifinals … END_OF_DOCUMENT_TOKEN_TO_BE_REPLACED