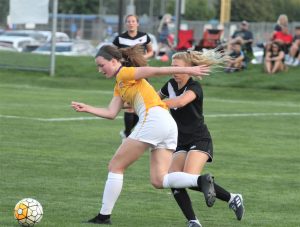 Former Ankeny soccer star Kelsey Yarrow has been named to the all-Missouri Valley Conference first team after leading the Northern Iowa women's team to a 9-7-3 record this season. Yarrow, a senior midfielder, was the Panthers' second-leading scorer with five goals, including two game-winning goals. She also contributed two assists. Yarrow started every … END_OF_DOCUMENT_TOKEN_TO_BE_REPLACED 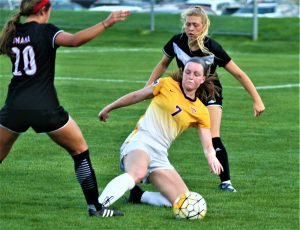 Kelsey Yarrow was a goal-scoring machine during her soccer career at Ankeny High School. She has made a big impact at the collegiate level, too. Northern Iowa's senior midfielder was named the Missouri Valley Conference Offensive Player of the Week on Monday. She had three goals to help the Panthers to a pair of victories last week. On Oct. 1, … END_OF_DOCUMENT_TOKEN_TO_BE_REPLACED 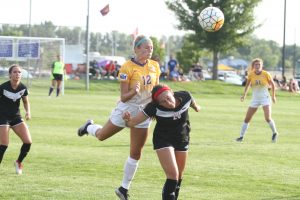 A large crowd gathered at the Prairie Ridge Sports Complex on Monday to watch an exhibition match between two NCAA Division I women's soccer teams. Many of the fans came to see Northern Iowa's Claire Netten and Kelsey Yarrow. It was a homecoming for the Panthers' duo, who helped their team to a 1-0 victory over Omaha. "It was so fun being back in … END_OF_DOCUMENT_TOKEN_TO_BE_REPLACED