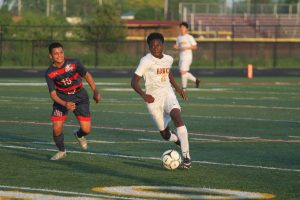 For one night anyway, the Ankeny boys' soccer team got along just fine without senior Peter Gaspari. Gaspari, who received a red card during the regular-season finale against Des Moines Roosevelt on May 15, sat out on Wednesday as the sixth-ranked Hawks rolled to a 4-0 victory over visiting Sioux City North in a Class 3A substate semifinal. "Peter is … END_OF_DOCUMENT_TOKEN_TO_BE_REPLACED 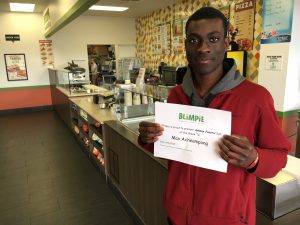 Max Acheampong of the Ankeny boys' soccer team is the Ankeny Fanatic Sub of the Week sponsored by Blimpie. The senior has helped Ankeny to a 6-1 record and a No. 6 ranking in Class 3A. The Hawks posted a 3-2 victory at No. 8 Johnston on Tuesday to extend their winning streak to six games. Acheampong has scored three goals this season. All three of them … END_OF_DOCUMENT_TOKEN_TO_BE_REPLACED 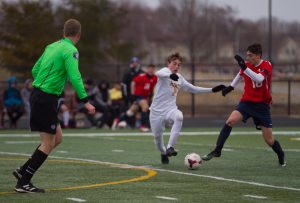 When the Ankeny boys' soccer team opened its season on Friday with a 3-1 loss to Iowa City High at the Iowa City West Invitational, it turned out to be a blessing in disguise. The Hawks have since reeled off three consecutive victories heading into Thursday's home game against Des Moines Hoover. "Losing our first game to City High was the best thing … END_OF_DOCUMENT_TOKEN_TO_BE_REPLACED