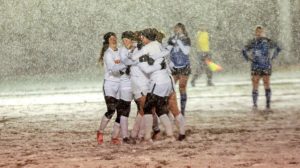 More than a third of the starting lineup for the Wartburg College women's soccer team hails from Ankeny. Junior midfielder Molly Close and sophomore defender Hailey Osburn both played at Ankeny, while junior midfielder Emily Fontana and sophomore goalkeeper Marissa Lopez are former Ankeny Centennial players. The quartet has helped the Knights to a berth … END_OF_DOCUMENT_TOKEN_TO_BE_REPLACED 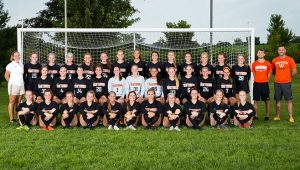 Emily Fontana has no regrets about her decision to transfer to Wartburg College. The former Ankeny Centennial soccer standout played the final game of her sophomore season on Saturday, when the Knights dropped a 2-0 decision at 23rd-ranked University of Wisconsin-La Crosse in the first round of the NCAA Division III tournament. The midfielder transferred … END_OF_DOCUMENT_TOKEN_TO_BE_REPLACED 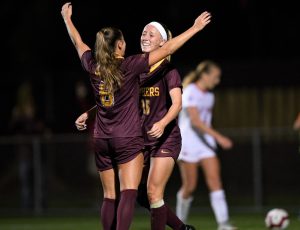 Molly Close wasn't too worried when the Wartburg College women's soccer team lost to Loras, 3-2, in the championship game of the American Rivers Conference Tournament on Saturday. The former Ankeny standout thought the Knights would still receive an at-large berth to the NCAA Division III tournament, and she was right. Wartburg (13-5-1) received its … END_OF_DOCUMENT_TOKEN_TO_BE_REPLACED