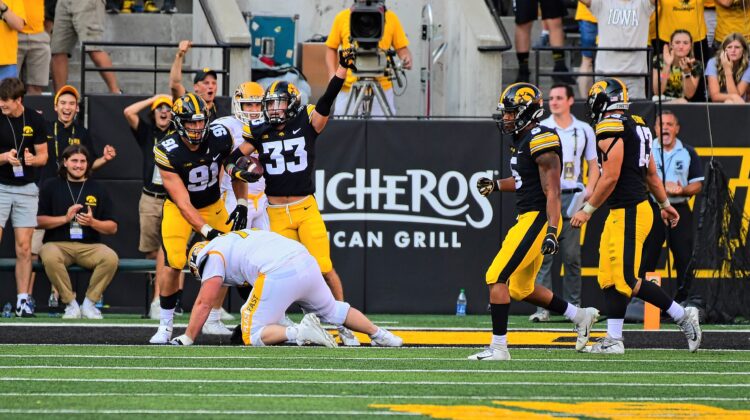 Chalk up another honor for Iowa defensive back Riley Moss.

The former Ankeny Centennial star has been named a first-team all-American by CBS Sports. He has helped lead the Hawkeyes to a 10-3 record, including an appearance in the Big Ten championship game.

Moss has made 36 tackles this season, despite missing three games due to a knee injury. He ranks second on the Iowa squad with four interceptions, which also ranks among the Big Ten and national leaders.

Moss was earlier named to the all-Big Ten first team. The senior was also selected the Big Ten Conference Tatum-Woodson Defensive Back of the Year.

Iowa center Tyler Linderbaum was one of five unanimous selections to the all-American team. The Hawkeyes will play Kentucky in the Citrus Bowl on Jan. 1.

Iowa State running back Breece Hall was a repeat pick to the first team. Another Cyclone, defensive end Will McDonald IV, was a second-team selection.