You are here: Home / Jaguars / Winter / Boys' Basketball / Jaguars rack up 13 3-pointers, 24 assists and 89 points in rout over Mason City 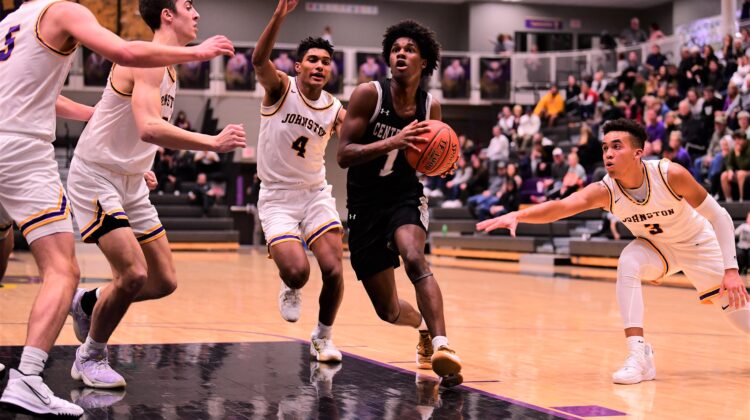 Just two nights after giving up 92 points in a loss at Johnston, the Ankeny Centennial boys’ basketball team found itself on the better end of a scoring spree.

The Jaguars made 13-of-21 3-point attempts and rolled to an 89-47 victory at Mason City in a CIML Iowa Conference game on Thursday.

“It was a great road win and a nice bounce-back win,” said Centennial coach Bob Fontana. “I’m real proud of our kids. It was a total team effort from everyone who touched the floor.”

Centennial held a 19-11 lead at the end of the first quarter, then outscored Mason City by at least 10 points in each of the last three periods. The Jaguars held a 41-23 advantage at halftime, then extended the margin to 66-34 after three quarters.

“It was just a nice job by everybody,” Fontana said. “It was a great team effort defensively, and we shared the ball real well as a team. We had 24 assists.”

Caden Kelling added eight assists and three steals for the Jaguars, who improved to 2-0 in the league and 3-2 overall. Mason City’s records dropped to 1-2 and 2-3.

Centennial will play another conference game on Tuesday at ninth-ranked Waukee Northwest (4-1).