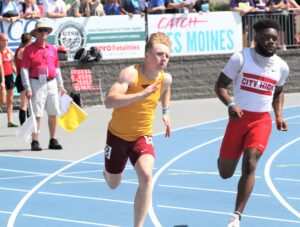 Ankeny senior Cooper Cox could have elected to play baseball in college. Football was another option. But in the end, it was a different sport that Cox decided to focus on. He has verbally committed to join the Western Illinois men's track and field program, announcing his decision via Twitter on Friday. "When I first started the recruiting … END_OF_DOCUMENT_TOKEN_TO_BE_REPLACED 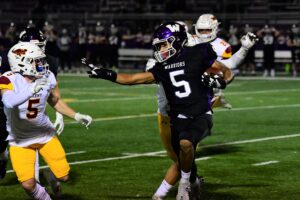 Keeping his emotions in check will be a challenge for Ankeny defensive back Cooper Cox during Friday's Class 4A championship game. Cox attended the Southeast Polk school district before moving to Ankeny prior to his freshman year. "I grew up with all of those kids," Cox said. "I remember playing football with all of them when I was in fourth, fifth and … END_OF_DOCUMENT_TOKEN_TO_BE_REPLACED 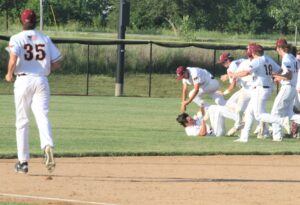 The Ankeny baseball players may have violated one of the social distancing guidelines on Friday. But in the Hawks' defense, they had a good reason to do so. Kade Somers hit a walk-off single in the bottom of the seventh inning to give second-ranked Ankeny a 2-1 victory over No. 5 Waukee in the first game of a CIML doubleheader. The host Hawks then … END_OF_DOCUMENT_TOKEN_TO_BE_REPLACED 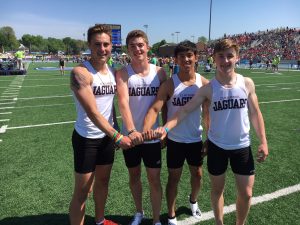 The members of the Ankeny Centennial boys' 4x200 relay team thought they could beat Cedar Rapids Jefferson at the Class 4A state track meet on Friday. Thanks to a dropped baton, the Jaguars didn't have to. Centennial raced to a victory after Jefferson dropped the stick on the first exchange, posting a time of 1:27.99 at Drake Stadium. The winning team … END_OF_DOCUMENT_TOKEN_TO_BE_REPLACED