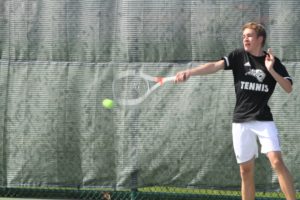 A glimmer of hope arrived earlier this week for Will Blevins, Jaci Webb and the rest of the spring sport athletes throughout the state of Iowa. On Monday, an updated schedule for spring sports was released in a joint statement from the Iowa Girls' High School Athletic Union and the Iowa High School Athletic Association. All spring activities had … END_OF_DOCUMENT_TOKEN_TO_BE_REPLACED 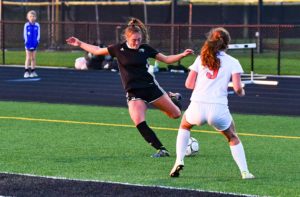 Jaecee Hall wasn't ready to give up her athletic career. An opportunity to join the University of Iowa women's rowing team was just what she needed. The Ankeny Centennial soccer player committed on Monday to become a member of the Hawkeyes' program in the fall. "I'm a super competitive person, and I didn't want to stop playing sports," said Hall. "I … END_OF_DOCUMENT_TOKEN_TO_BE_REPLACED 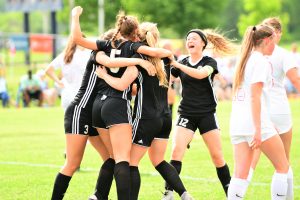 Ankeny Centennial's Kenzie Langstraat wasn't worried when Council Bluffs Lincoln scored the tying goal midway through the second half of Thursday's Class 3A quarterfinal at the girls' state soccer tournament. Less than a minute later, Langstraat scored what proved to be the winning goal as the fourth-ranked Jaguars advanced to Friday's semifinals with a … END_OF_DOCUMENT_TOKEN_TO_BE_REPLACED 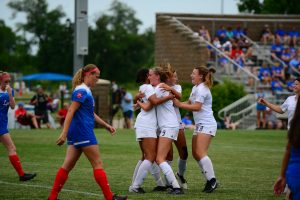 Olivia Brown didn't mind spending the second half of Thursday's Class 3A quarterfinal on the bench. The Ankeny Centennial senior scored a pair of goals in the first half, then took a seat for the rest of the way as the top-ranked Jaguars cruised to a 7-0 victory over Council Bluffs Lincoln in the girls' state soccer tournament at Cownie Soccer Complex in … END_OF_DOCUMENT_TOKEN_TO_BE_REPLACED 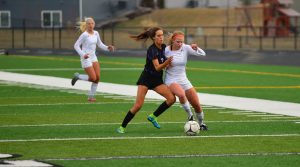 Two of the state's best girls' soccer teams collided on Friday night at Ankeny Centennial's new turf field. It was almost fitting that the game was decided by a shootout. Top-ranked Waukee got two big saves from goalkeeper Emily LeVere and eventually won the shootout, 4-3, to post a 1-0 victory over No. 3 Centennial in a CIML Central Conference … END_OF_DOCUMENT_TOKEN_TO_BE_REPLACED