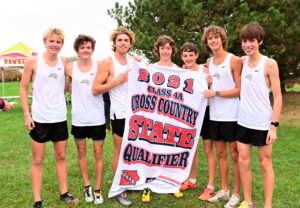 The season-long tussle between the Ankeny and Ankeny Centennial boys' cross country teams continued on Wednesday at the DMACC course. After losing a tiebreaker to its crosstown rival at the CIML Iowa Conference meet on Thursday, 11th-ranked Centennial placed second in a Class 4A district meet with 66 points, edging No. 10 Ankeny by six points for the … END_OF_DOCUMENT_TOKEN_TO_BE_REPLACED 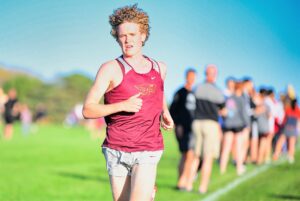 All season long, the Ankeny and Ankeny Centennial boys' cross country teams have taken turns defeating each other. On Thursday, the crosstown rivals waged their closest battle yet in the CIML Iowa Conference meet at DMACC. In the end, 11th-ranked Centennial and No. 12 Ankeny both finished with 51 points to tie for second place behind No. 9 Waukee … END_OF_DOCUMENT_TOKEN_TO_BE_REPLACED 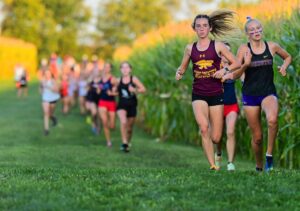 The Ankeny girls' cross country team picked a good time to win its first title of the season. It came on Saturday at the prestigious Rim Rock Farm Classic at the University of Kansas. The Hawkettes, who are ranked eighth in Class 4A, captured the crown in the Girls' Crimson division with 77 points. Topeka-Seaman (Kan.) placed second in the 21-team … END_OF_DOCUMENT_TOKEN_TO_BE_REPLACED 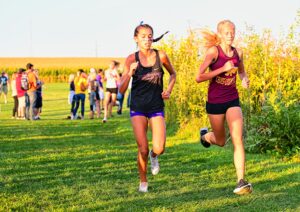 Alli Macke and the Ankeny girls' cross country team turned in another strong performance Thursday in the Rich Engel Classic at Birdsall Park in Cedar Falls. The Ankeny boys' squad took a step forward, too. Macke, a freshman, earned her first victory in a varsity race to lead the eighth-ranked Hawkettes to a runner-up finish in the 17-team field. … END_OF_DOCUMENT_TOKEN_TO_BE_REPLACED 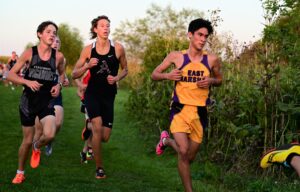 After finishing three spots ahead of Ankeny Centennial at the season-opening Dragon Twilight Invitational on Aug. 28, the Ankeny boys' cross country team finished three spots behind the Jaguars five days later at the KirK Schmaltz Invitational. On Thursday at the Bobcat Invitational in Marshalltown, the crosstown rivals waged their closest battle yet this … END_OF_DOCUMENT_TOKEN_TO_BE_REPLACED