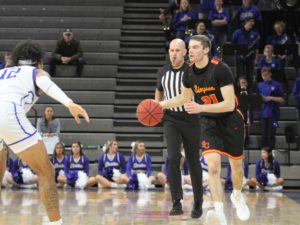 Former Ankeny basketball standout Conor Riordan has been named one of 20 finalists for the 2020 Jostens Trophy, the Rotary Club of Salem (Va.) announced earlier this week. Riordan becomes the third finalist in Simpson men's basketball history, joining two-time selection Jesse Harris (2002-03). The senior guard is the first to be placed on the list for the … END_OF_DOCUMENT_TOKEN_TO_BE_REPLACED 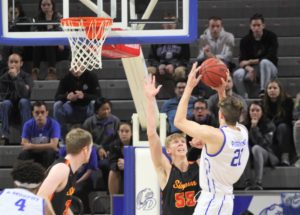 Simpson College senior center Adam Reiter has been named the American Rivers Conference men's basketball player of the week. Reiter, a former Ankeny player, led the Storm to a 1-1 record in San Diego, Calif., earlier this month. Reiter racked up 20 points and 10 rebounds in an 84-83 win over UC Santa Cruz on Dec. 17. It was his fifth double-double of … END_OF_DOCUMENT_TOKEN_TO_BE_REPLACED 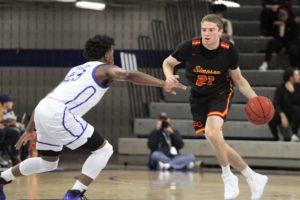 Former Ankeny players Conor Riordan and Adam Reiter combined for 77 points Saturday in the highest scoring men's basketball game in NCAA Division III history. Riordan made two free throws with 6 seconds left in overtime to give Simpson College a 161-160 victory over Greenville in the Carroll Pre-Thanksgiving Tournament at Waukesha, Wis. The combined … END_OF_DOCUMENT_TOKEN_TO_BE_REPLACED 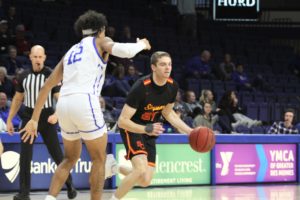 There was no way Conor Riordan was going to sit out Sunday's exhibition men's basketball game at Drake. The Simpson College point guard from Ankeny injured his right hand during Saturday's win over Westminster (Mo.) at Storm Lake, but he was back on the court less than 24 hours later as the Storm dropped a 98-53 decision at the Knapp Center. "I'm going … END_OF_DOCUMENT_TOKEN_TO_BE_REPLACED 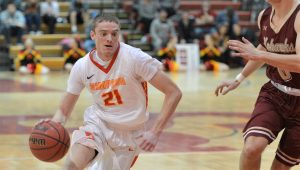