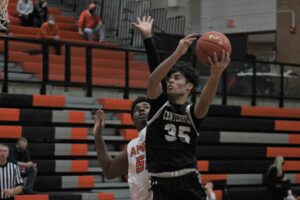 If the rest of the Central Iowa Metropolitan League didn't know about Ankeny Centennial's Lio Aguirre before Tuesday's game at Ames, they certainly do now. The freshman forward scored 21 points and sparked a huge second-half rally as the sixth-ranked Centennial boys' basketball team rallied for a 55-53 victory over No. 2 Ames. "We're capable of a lot. … END_OF_DOCUMENT_TOKEN_TO_BE_REPLACED