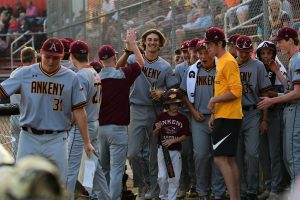 The rankings and the seedings--not to mention the records of both teams--suggested that Mason City was a better baseball squad than Ankeny. Monday's Class 4A substate semifinal at Roosevelt Field suggested otherwise. The visiting Hawks broke open a tie game with a four-run fifth inning and went on to defeat 10th-ranked Mason City, 9-2, in a Substate 2 … END_OF_DOCUMENT_TOKEN_TO_BE_REPLACED 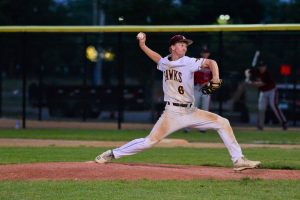 Senior pitcher Chris Spear has helped the Ankeny baseball team to a 19-17 record. He has compiled a 3-5 mark with a 4.46 ERA and 43 strikeouts. Spear came on in relief to earn his first save of the season on Friday. He got the final three outs as the Hawks defeated visiting Fort Dodge, 6-5, in a Class 4A substate quarterfinal. Here is some inside info … END_OF_DOCUMENT_TOKEN_TO_BE_REPLACED 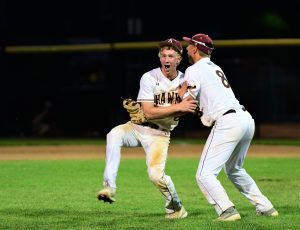 Survive and advance. That's what the postseason is all about for Chris Spear and the Ankeny baseball team. Spear got the final three outs after replacing Brody Brecht on the mound and the Hawks held on to defeat visiting Fort Dodge, 6-5, in a Class 4A substate quarterfinal on Friday. "It feels amazing," said Spear, who picked up his first save of … END_OF_DOCUMENT_TOKEN_TO_BE_REPLACED 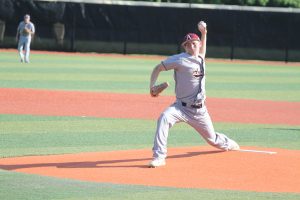 Ankeny lefthander Will Casel recorded only one strikeout during the first game of a CIML Central Conference baseball doubleheader on Monday at Southeast Polk. But the senior was still very effective. Casel tossed a three-hitter and retired 13 batters on fly balls as the Hawks extended their winning streak to seven games with a 3-2 victory in the opener … END_OF_DOCUMENT_TOKEN_TO_BE_REPLACED

Saturday was a good day for the Ankeny and Ankeny Centennial baseball teams as both squads won a pair of games in the Tim Heggen Invitational at Ankeny. The Hawks rolled to a 9-1 victory over North Polk, the No. 10 team in Class 3A. They later defeated Davenport North, 5-4, in nine innings to extend their winning streak to six games. The Jaguars also … END_OF_DOCUMENT_TOKEN_TO_BE_REPLACED