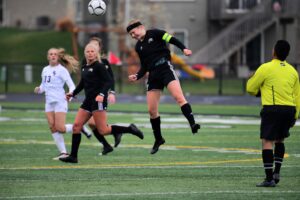 Senior midfielder Elizabeth Overberg has helped the second-ranked Ankeny Centennial girls' soccer team to an 8-1 record. She has racked up eight goals and four assists. Overberg has committed to play for Minnesota next year. She was named to the all-state second team as a sophomore in 2019, when she had six goals and five assists while helping her team to … END_OF_DOCUMENT_TOKEN_TO_BE_REPLACED 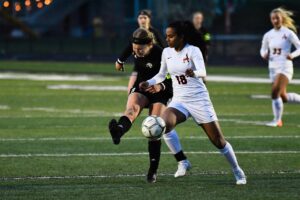 Elizabeth Overberg was trying to set up one of her Ankeny Centennial girls' soccer teammates for a go-ahead goal. She ended up scoring the goal herself. The senior midfielder found the net for her team-leading fourth goal of the season to give the Jaguars a 1-0 victory over visiting Ames on Monday. "I saw my outside forward creeping in, so I knew … END_OF_DOCUMENT_TOKEN_TO_BE_REPLACED 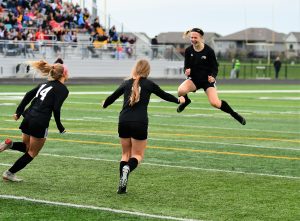 Chris Allen's game plan didn't go according to script on Tuesday night. But somehow, his Ankeny Centennial girls' soccer team still emerged with a win over its archrival. The sixth-ranked Jaguars got a goal from Elizabeth Overberg in the 45th minute and defeated No. 3 Ankeny, 1-0, in a CIML Central Conference showdown at Centennial. "We had some … END_OF_DOCUMENT_TOKEN_TO_BE_REPLACED