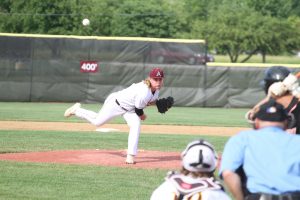 Heading into the 2018 baseball season, Ankeny senior Jayden Maifeld was already established as one of the state's top pitchers. Sophomore Ryan Vermeer of Ankeny Centennial didn't have a reputation to match Maifeld's, but he quickly developed into one of the CIML's top catchers. Both Maifeld and Vermeer have been named to the CIML Central Conference … END_OF_DOCUMENT_TOKEN_TO_BE_REPLACED 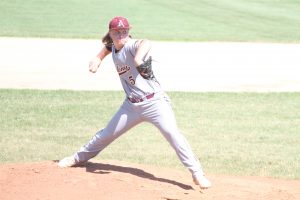 The Ankeny baseball team entered Monday's non-conference doubleheader at Des Moines Roosevelt with a .500 record. The Hawks showed in the first game, however, that they're better than that with Jayden Maifeld on the mound. Maifeld tossed five strong innings in a tune-up for postseason play to lead Ankeny to a 10-4 victory. The Hawks then completed a … END_OF_DOCUMENT_TOKEN_TO_BE_REPLACED 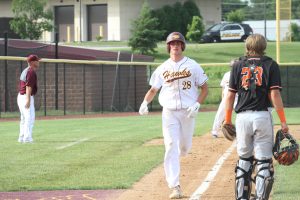 The Valley baseball team had a chance to take a commanding lead in the CIML Central Conference race on Wednesday. The Tigers posted a 6-3 victory in the first game of a doubleheader at Ankeny, then jumped out to a 4-0 lead in the first inning of the nightcap. But the Hawks refused to go away. Ankeny rallied for a 9-8 walk-off win and a split of the … END_OF_DOCUMENT_TOKEN_TO_BE_REPLACED 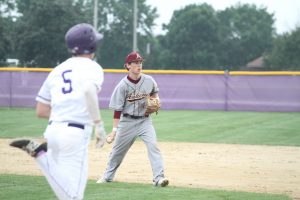 The Ankeny baseball team had a chance to score some early runs during Monday's doubleheader at Waukee. When the Hawks failed to capitalize on the opportunity, they never again had a similar chance to gain some momentum. The seventh-ranked Warriors posted a 2-0 victory in the opener, then completed a sweep with a 9-0 win in the second game. Both teams … END_OF_DOCUMENT_TOKEN_TO_BE_REPLACED 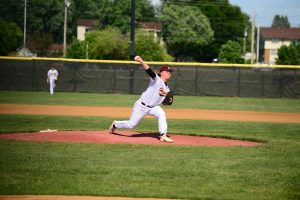 Ankeny pitcher Jayden Maifeld tossed a gem in the first game of a doubleheader against visiting Ames on Thursday. Then teammate Cameron Rinker threw another one in the nightcap, allowing the Hawks to sweep the CIML Central Conference opener. "It's fun to watch those two guys talk to each other. They kind of feed off each other," said Ankeny coach Joe … END_OF_DOCUMENT_TOKEN_TO_BE_REPLACED