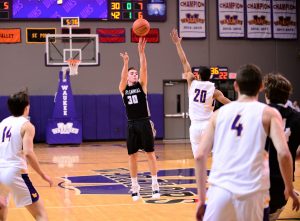 Senior guard Garret Severseike helped the Ankeny Centennial boys' basketball team to a 9-13 record. He scored 10 points on Friday as the Jaguars ended their season with a 68-53 loss at Waukee in a Class 4A substate semifinal. Severseike averaged 4.2 points per game and placed second on the team with 14 3-point goals. He was third on the squad in assists … END_OF_DOCUMENT_TOKEN_TO_BE_REPLACED 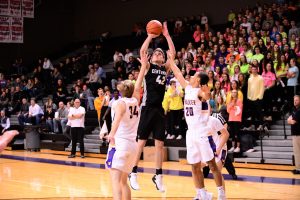 When the Ankeny Centennial boys' basketball team suffered a 62-42 loss at Ames on Feb. 2, the Jaguars' record dropped to 4-12 on the season. Centennial coach Bob Fontana addressed his players in the locker room after the team's seventh consecutive loss. "I told them, 'Don't trip over what's in the rear view mirror. Let's move on--we're 0-0 and let's … END_OF_DOCUMENT_TOKEN_TO_BE_REPLACED 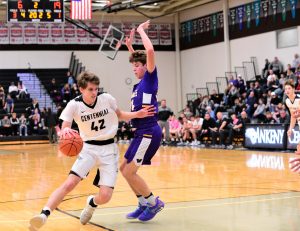 There won't be any pressure Friday on the Ankeny Centennial boys' basketball team. The Jaguars will be a heavy underdog in a Class 4A substate semifinal at Waukee, but don't tell the Centennial players that they don't have a chance. "If anyone is dumb enough to pull it off, it's us," said senior guard Garret Severseike. "Let it fly, … END_OF_DOCUMENT_TOKEN_TO_BE_REPLACED 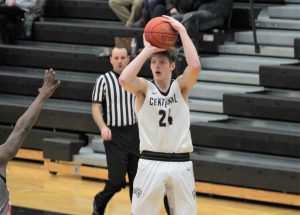 Ankeny Centennial's double-digit lead started slipping away on Monday in a Class 4A boys' basketball substate quarterfinal. That's when seniors Lathan Brandt and Garret Severseike scored two of the Jaguars' biggest baskets of the game. After visiting Fort Dodge went on a 9-0 run to pull within 37-34, Brandt drove to the hoop on a fast break and made a … END_OF_DOCUMENT_TOKEN_TO_BE_REPLACED