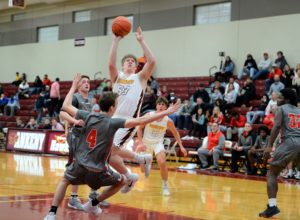 Senior center Nolan Otten helped the Ankeny boys' basketball team advance to the Class 4A state tournament for the first time since 2012. He had eight points, three rebounds and two steals in the Hawks' 73-67 victory over Sioux City East in a substate final on Tuesday at Fort Dodge. Otten is averaging 5.6 points and 3.5 rebounds per game. He leads the … END_OF_DOCUMENT_TOKEN_TO_BE_REPLACED 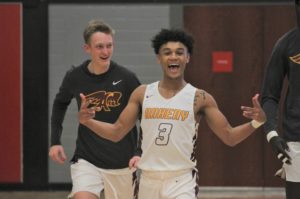 Braxton Bayless draped the state qualifier banner around his body and beamed with joy as he pranced around the Fort Dodge gym. The senior guard had just fulfilled a lifelong dream--leading his Ankeny boys' basketball team to the Class 4A state tournament. "It's the best feeling I've had my whole career," said Bayless. "It's just the best feeling … END_OF_DOCUMENT_TOKEN_TO_BE_REPLACED 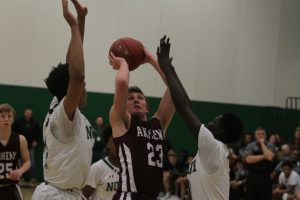 If the Des Moines North boys' basketball team continues to play like it did on Friday night, the Polar Bears may have a good chance to cut down the nets in two weeks at Wells Fargo Arena. Tyreke Locure poured in 36 points to lead North to an 87-73 victory over visiting Ankeny in a Class 4A substate semifinal. The Polar Bears (20-3) will play Johnston … END_OF_DOCUMENT_TOKEN_TO_BE_REPLACED 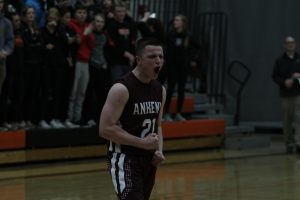 Overcoming adversity has become a way of life for the Ankeny boys' basketball team. The Hawks, who got off to a 1-10 start this season, avenged two of those losses with a 48-46 victory at Ames in a Class 4A substate quarterfinal on Monday. They rallied from an early 10-point deficit despite playing without sophomore forward Nolan Otten, who tripped at his … END_OF_DOCUMENT_TOKEN_TO_BE_REPLACED