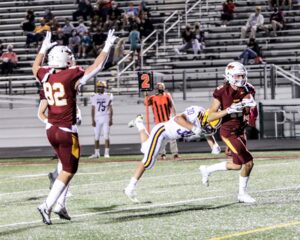 Big plays were the name of the game on Friday in Ankeny as the second-ranked Hawks squared off with the Indianola Indians (3-4). Even in a blowout 45-14 win for Ankeny, both teams saw big plays throughout the night, especially early on. “We have really good players,” Ankeny coach Rick Nelson said. “Who’s fooling themselves? You’re not going to win if … END_OF_DOCUMENT_TOKEN_TO_BE_REPLACED 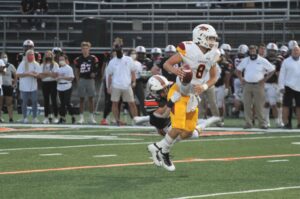 When the Ankeny football team lost a playoff game at Valley two years ago, the Hawks were a young squad that had yet to fully realize its potential. On Friday, Ankeny returned to Valley Stadium with a veteran roster that was ready for the moment. Jase Bauer passed for 250 yards and five touchdowns as the third-ranked Hawks rolled to a 35-10 victory … END_OF_DOCUMENT_TOKEN_TO_BE_REPLACED 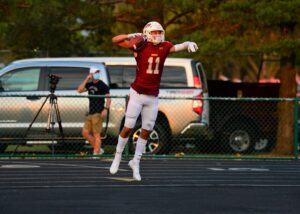 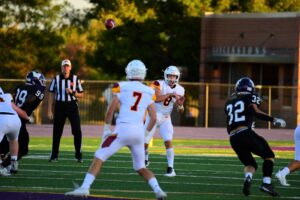 It tells you something about the talent on the Ankeny football team that Council Bluffs Jefferson coach Brant Anderson was actually pleased by his squad's performance in a 68-0 loss to the fourth-ranked Hawks on Friday at Wickersham Stadium. “Shockingly enough, we made a few strides,” Anderson told The Daily Nonpareil afterwards. “We were able to get a … END_OF_DOCUMENT_TOKEN_TO_BE_REPLACED 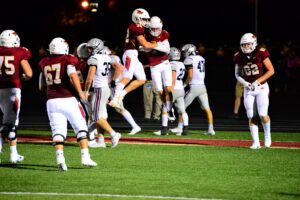 You can believe the hype. The Ankeny football team is for real. Jase Bauer passed for four touchdowns and Colin Kadolph ran for three more as the second-ranked Hawks romped to a 48-6 victory over No. 7 Ankeny Centennial on Friday at Ankeny Stadium, defeating the Jaguars for the first time since 2015. "We all thought it was going to happen," Kadolph … END_OF_DOCUMENT_TOKEN_TO_BE_REPLACED