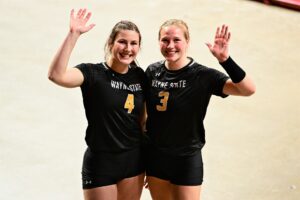 The end of Alyssa Ballenger's collegiate volleyball career is just around the corner. Isabelle Vacek's career is just getting under way. Despite those differences, both former Ankeny standouts enjoyed returning to central Iowa last weekend as their Wayne State (Neb.) squad played a pair of exhibition matches against Iowa State at Hilton … END_OF_DOCUMENT_TOKEN_TO_BE_REPLACED 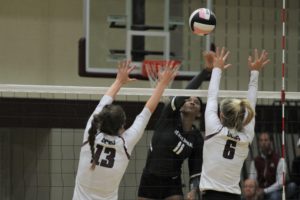 No volleyball team in Iowa was able to defeat Class 5A state champion Cedar Falls this season. However, if you combined the eight members of the CIML Central Conference first team, that might be a squad that could knock off the Tigers. Just imagine Ankeny junior Phyona Schrader setting the ball for Ankeny Centennial senior Devyn Robinson, and the damage … END_OF_DOCUMENT_TOKEN_TO_BE_REPLACED 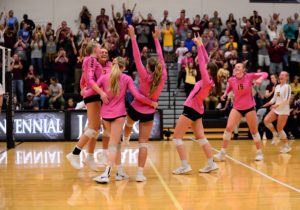 Whenever Ankeny Centennial's Devyn Robinson pounded a kill on Tuesday night, the Ankeny volleyball team usually responded with one or two of its own. The fourth-ranked Hawkettes overcame Robinson's match-high 17 kills to post a 25-14, 25-20, 25-14 victory at No. 9 Centennial. It was Ankeny's first win over the Jaguars since 2016. "Whenever Devyn got a … END_OF_DOCUMENT_TOKEN_TO_BE_REPLACED 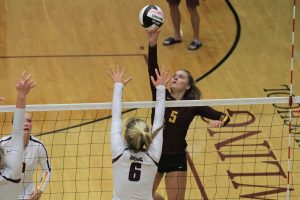 The Dowling Catholic volleyball players had no desire to be a part of Dave Whims' 1,000th career win. The legendary Ankeny coach was hoping to reach the historic milestone on Tuesday, but the host Maroons had some other ideas. Fifth-ranked Dowling avenged an earlier loss with a 25-15, 25-22, 25-22 victory over the No. 2 Hawkettes in the CIML Central … END_OF_DOCUMENT_TOKEN_TO_BE_REPLACED