Kenna Sauer helped the Texas Tech volleyball team end a 20-year NCAA Championship drought. Now, the former Ankeny Centennial star could be headed toward a possible second-round matchup against one of her ex-Jaguar teammates. Sauer and the Red Raiders (17-12) earned their first trip to the Big Dance since 2001 during the NCAA Selection Show on Sunday … END_OF_DOCUMENT_TOKEN_TO_BE_REPLACED 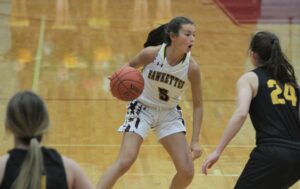 Junior guard Jenna Pitz is one of two returning starters for the Ankeny girls' basketball team. She was named to the CIML Iowa Conference first team as a sophomore, when she averaged 9.9 points and 3.1 rebounds per game. Pitz scored 12 points and had two steals in Ankeny's 59-45 loss to fifth-ranked Southeast Polk in its season opener on Tuesday. The … END_OF_DOCUMENT_TOKEN_TO_BE_REPLACED 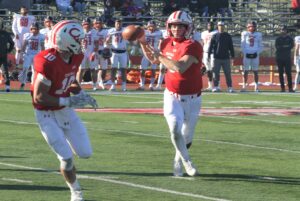 Blaine Hawkins entered Saturday's second-round NCAA Division III playoff game with a chance to make some football history. The former Ankeny quarterback etched his name in the record book in the most dramatic way possible. Hawkins found teammate Tanner Schminke in the corner of the end zone for a 3-yard touchdown pass on the game's final play to give … END_OF_DOCUMENT_TOKEN_TO_BE_REPLACED 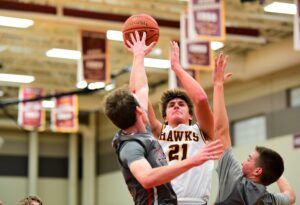 There won't be any break for Ankeny football standouts Ryan Crandall, JJ Kohl and Braden Simonsen. After helping the Hawks to a runner-up finish in the Class 5A playoffs on the gridiron earlier this month, the trio has made a quick transition to the basketball court. The Ankeny boys' squad will open its season on Friday with a difficult road test at Ames, … END_OF_DOCUMENT_TOKEN_TO_BE_REPLACED 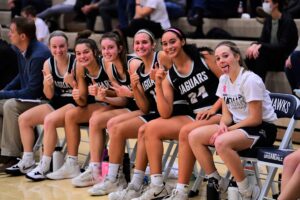 The ball was falling through the hoop on Friday for the Ankeny Centennial girls' basketball team. The ninth-ranked Jaguars found their shooting stroke in a 58-16 victory at Urbandale. They raised their record to 2-0 on the season, while the J-Hawks dropped to 0-2. "We shot the ball well," said Centennial coach Scott DeJong. "We hadn't done that in the … END_OF_DOCUMENT_TOKEN_TO_BE_REPLACED