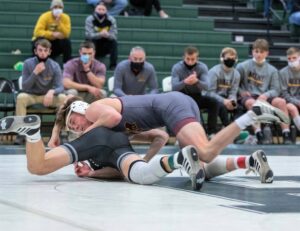 Ankeny wrestling coach Jack Wignall likes to give his team the best competition possible. Saturday's Dubuque Hempstead Duals accomplished that goal and then some. The tournament featured four of the top nine teams in Class 3A according to The Predicament--top-ranked Southeast Polk, No. 2 Waverly-Shell Rock, No. 7 Ankeny and No. 9 Hempstead. The Hawks … END_OF_DOCUMENT_TOKEN_TO_BE_REPLACED 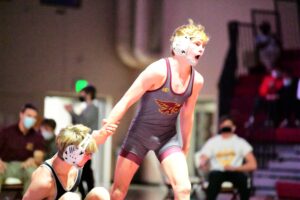 The last time the Ankeny wrestling team defeated Ankeny Centennial in a dual meet was on Jan. 19, 2017--one day before Donald Trump's inauguration as the 45th president of the United States. "It's been awhile," said Ankeny junior Trever Anderson, who was a seventh grader at the time. "It's nice to finally beat them." Anderson had one of Ankeny's five … END_OF_DOCUMENT_TOKEN_TO_BE_REPLACED 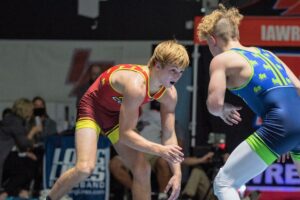 Ankeny wrestler Trever Anderson isn't usually satisfied with just winning his match. The 2019 state champion likes to dominate his opponents. Anderson posted an impressive 7-2 decision over Nebraska prep standout Caleb Coyle in IAWrestle's Night of Conflict on Saturday at The Arena in Sioux City. But as usual, he thought he could have done even … END_OF_DOCUMENT_TOKEN_TO_BE_REPLACED 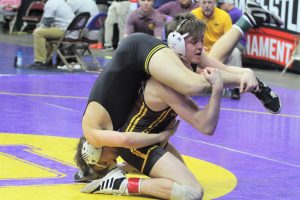 (EDITOR'S NOTE: This story is dedicated to longtime Des Moines Register wrestling reporter Dan McCool, who died on Monday at the age of 60. Dan was a legend in the wrestling community and will be sorely missed. I was working for the Register as a correspondent in the 80s and one of the first big events that I was asked to cover was to help out Dan with state … END_OF_DOCUMENT_TOKEN_TO_BE_REPLACED 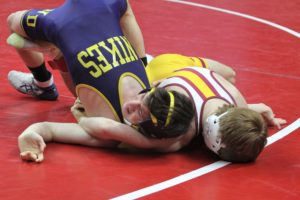 It took Ankeny's Trever Anderson a little while to recover from his semifinal loss in the Class 3A state wrestling tournament on Friday. The top-ranked sophomore dropped a 5-2 decision to No. 4 Ryder Downey of Indianola, ending his bid for a second straight title. "At first my mindset was that I failed a lot," said Anderson. "I failed myself and a lot … END_OF_DOCUMENT_TOKEN_TO_BE_REPLACED