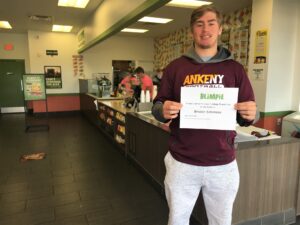 Junior defensive lineman Braden Simonsen played a key role in the Ankeny football team's run to the Class 4A state title last month. Simonsen made 37 tackles for the Hawks, who boasted one of the state's best defensive units. He had 16 solo tackles, 14.5 for losses and four sacks. Simonsen also filled in at tight end during the playoffs when teammate … END_OF_DOCUMENT_TOKEN_TO_BE_REPLACED 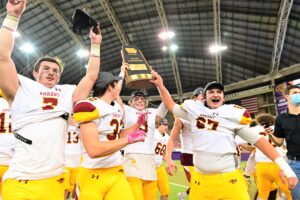 When Arland Bruce IV transferred to Ankeny earlier this fall, the Iowa recruit didn't know he was joining a state championship football squad. "I knew the talent we had was pretty scary," Bruce said. "But I really didn't look too far into it. I was just worried about trying to get onto the field with the guys." Bruce sat out the first five games of the … END_OF_DOCUMENT_TOKEN_TO_BE_REPLACED