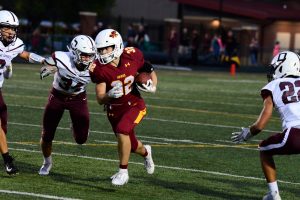 For much of Friday's game against six-time defending Class 4A state champion Dowling Catholic, the Ankeny football team went toe-to-toe with the visiting Maroons. But doing it for the full 48 minutes will be the next challenge for the Hawks. No. 3 Dowling gave up an early touchdown, then responded with 24 unanswered points before holding on to beat No. … END_OF_DOCUMENT_TOKEN_TO_BE_REPLACED 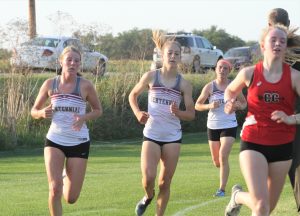 A strong pack of runners lifted the Ankeny Centennial girls' cross country team to the Indianola Invitational title on Thursday at Pickard Park. The eighth-ranked Jaguars placed all seven of their runners in the top 16 and finished with 39 points. They won the crown for the fourth time in five years. Indianola placed second in the nine-team field with … END_OF_DOCUMENT_TOKEN_TO_BE_REPLACED 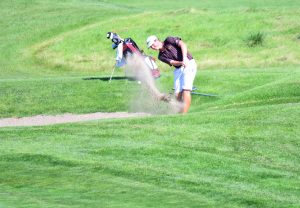 For the second time in three days, the Ankeny boys' golf team captured an invitational title on Wednesday while also claiming the CIML Central Conference dual-meet crown. The fifth-ranked Hawks shot a 300 to win the Southeast Polk Invitational at Copper Creek. They finished four strokes ahead of three other ranked teams--No. 7 Marshalltown, No. 8 Dowling … END_OF_DOCUMENT_TOKEN_TO_BE_REPLACED 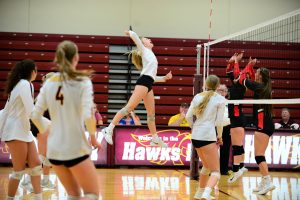 The Ankeny volleyball team swept its way to a victory on Tuesday but lost one of its key players in the process. Junior middle hitter McKenna Scheib went down with an injury during the third-ranked Hawkettes' 25-19, 25-19, 25-15 win at Urbandale. She is not expected to play in the Boone Invitational on Saturday. "It was on a play at the net," said … END_OF_DOCUMENT_TOKEN_TO_BE_REPLACED