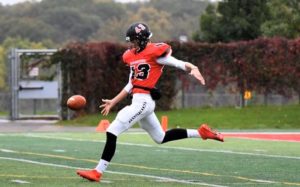 After a productive freshman season, former Ankeny Centennial punter Avery Knief appeared to have a bright future with the St. Cloud State football team. His future, though, came to a crashing halt two weeks ago. On Dec. 10, St. Cloud State announced some changes to its intercollegiate athletics program to ensure Title IX compliance, and to address the … END_OF_DOCUMENT_TOKEN_TO_BE_REPLACED 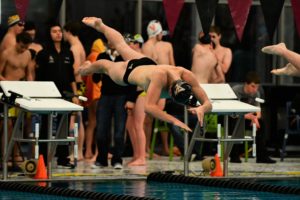 Saturday's Little Hawk Invitational at Iowa City featured many of the state's top swimmers. Four meet records were set at the Mercer Park Aquatic Center, three of them by top-ranked Iowa City West. The Trojans won the meet with 426 points. No. 2 Ankeny placed second in the eight-team field with 358 points. No. 5 Bettendorf was third with 291. Trent … END_OF_DOCUMENT_TOKEN_TO_BE_REPLACED 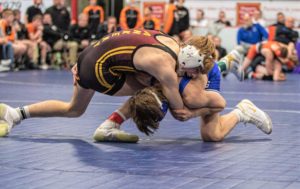 The Ankeny wrestling team came away from the Battle of Waterloo last weekend with a 4-2 record. More importantly, the prestigious two-day tournament challenged the fifth-ranked Hawks. "We do something similar at Independence (with the Cliff Keen Invitational), and there's another tournament that is like that and that's the state tournament," said … END_OF_DOCUMENT_TOKEN_TO_BE_REPLACED 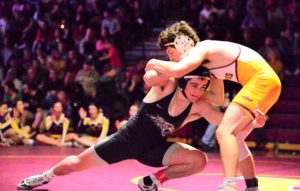 The Ankeny Centennial duo of Ben Monroe and Logan Neils continues to dominate on the wrestling mat. Both seniors remained unbeaten on Saturday by winning their second straight titles in the Don Miller Invitational at Fort Dodge. Teammate Carter Cahill also captured an individual crown as the eighth-ranked Jaguars placed second in the 11-team field with … END_OF_DOCUMENT_TOKEN_TO_BE_REPLACED 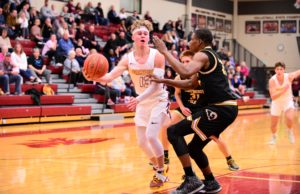 Senior guard Jordan Kumm has helped the Ankeny boys' basketball team to a 5-1 record. He is averaging 12.5 points and 3.5 rebounds per game, and he is tied for the team lead in steals with 10. Kumm scored four points on Friday as the Hawks posted a 64-50 victory at Urbandale. His basket in the second quarter stopped an 8-0 run by the J-Hawks and ignited … END_OF_DOCUMENT_TOKEN_TO_BE_REPLACED